Dan released his first CD in 2004, “When The Big Picture Fades,” which he dedicated to memory his late brother Steve.  His critically acclaimed debut earned favorable comparisons with artists such as Tom Petty, John Hiatt, Richard Thompson, and from one publication “a young Elvis Costello.”  Described as a “grown man’s prayer, full of adult observations learned through real life experience,” the CD received a respectable quantity of national radio airplay and found its way onto several interesting placements, including French cinema. Backed in the studio by Lucinda Williams’ rhythm section and recorded in L.A., “Big Picture” represented a solid new beginning for Neal in the face of personal tragedy.

In April of 2007, Neal’s second full-length CD “Party of One” was released.  His growth as a songwriter and artist is evident throughout “Party of One.”  Featuring such songs as “Tunnel of Light,”  “BiPolar Express” and “Wake Up In The Mud,” Neal’s gift for articulating the silver lining in the bleakest of circumstances is on full display.  Early reactions to the tunes on “Party of One,” also recorded in L.A. with Lucinda’s crew and a host of cameos from top session players and singers including Dean Parks, Greg Liesz and Rosemary Butler, are uniformly positive.  The ten songs include “Time To Shine,” a duet with Gia Ciambotti who toured with Bruce Springsteen as a backing vocalist. “Time To Shine” inspires listeners to reach higher and try harder, telling us that by doing so, success is assured, since the only way one can fail is by failing to try.  Few songs engender real chills these days with that old-fashioned combination of honest delivery and lyrics with a certain poetic depth, but it is precisely this combination of attributes which make Neal an artist of note with a promising up-side.

Neal’s contagious energy and showman’s personality endear him to audiences who notice in his music that he has a lot to say.  With his broad palette of songs, ranging from introspective numbers about meaningful life experience to humorous tales of loveable miscreants, Neal succeeds in getting audiences to laugh, think and leave well-entertained with the feeling that they’ve made a new friend. 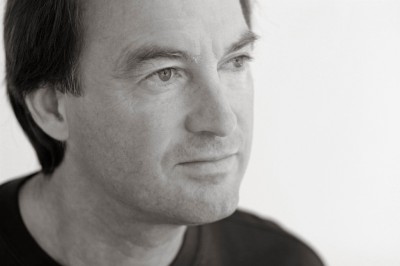 Gravity [Party of One]

Tunnel of Light [Party of One]

Crawford [Party of One]

Time to Shine [Party of One]